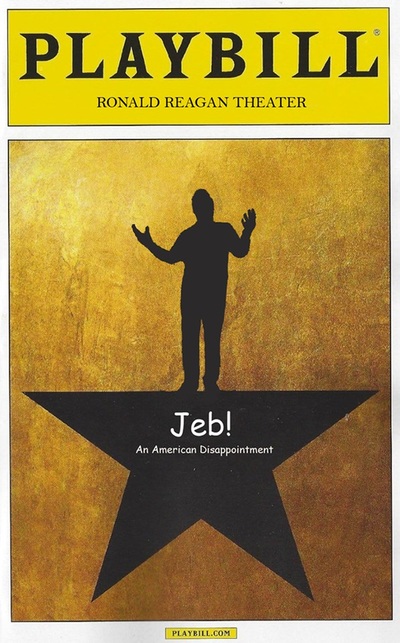 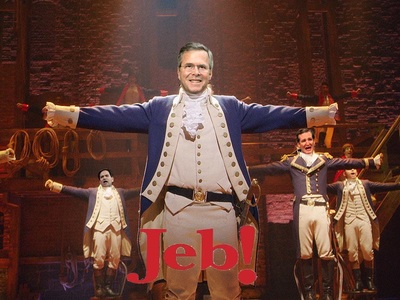 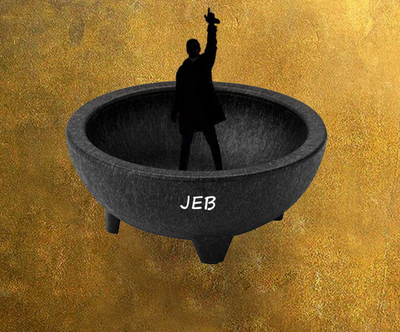 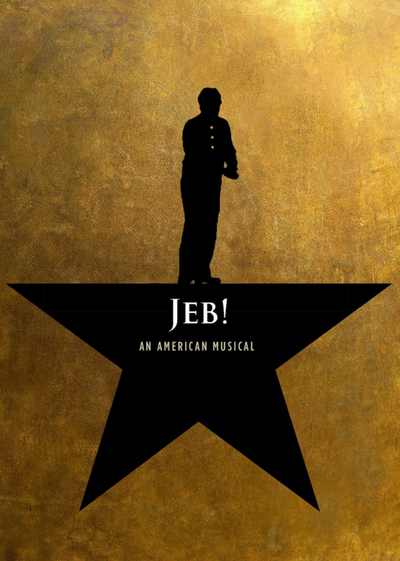 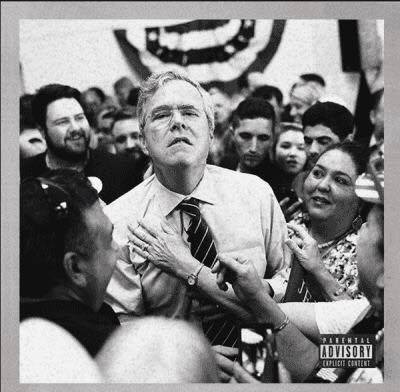 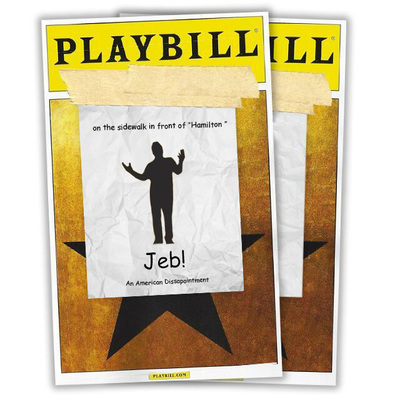 Not Throwing Away My Point:

Imma get the nomination from the RNC,
Don’t mean to brag, but dag who else could it be?
My problem is I got a lot of plans but no hubris
I’m gonna win the nomination
Save the GOP, let’s go do this
I’m a diamond cut from the birth, a shiny piece of gold
Being Pres is my goal, I want to work in the big Oval
Only Bush Three but it feels like much more
They ain’t gonna push me out the door, I’ll get Rushmore’d
Every voter, every constituent
May at first dissent, but they’ll soon see that I just meant
I’m a better man than Reagan
The plan is to court Latinas with my dame,
But if I’m gonna run I better spell out my name
Sanders Refuted

Sea-Bernie (yelling and wildly gesturing): Hear ye, hear ye!  My name is Bernie Sanders, and I present “Free Thoughts on the Proceedings of the War in Iraq!”

Heed not the right wing, the Bush administration, they have not your interests at heart

Bernie:  Regime change and bloodshed are not a solution
Don’t let them lead you to war
This Congress does not speak for me

Bernie:  The oil is calling their names.
I pray the U.N. shows you mercy
For shame....for shame....
Bernie: Heed!

Jeb: We get it, twenty seven dollars.

Jeb: My brother kept us safe from…

Bernie: Have not your interests!

Jeb: Continue to scream and not debate with Hillary
Why should either of you democrats, instead of me,
be handed the presidency?

Trump: Jeb is a mess!

“The best work about a failed Presidential candidate since the Mitt Romney Netflix documentary that you’ve probably never heard of.” - Disgruntled Republican

“We thought Jeb would be a shoo-in with the millions of dollars we gave him. Boy were we wrong.” - Anonymous Wall Street Donors

​“Life can be a challenge. Life can seem impossible. But it’s never easy when there’s so much on the line.” - Herman Cain, former 2008 Republican Presidential Candidate, quoting Pokemon: The Movie 2000

“Do you think God stays in heaven because he, too, lives in fear of what he’s created?” - Steve Buscemi, Spy Kids

“The candidate for guacamole.” - Turtle

"According to all known laws of aviation, there is no way that a bee should be able to fly. Its wings are too small to get its fat little body off the ground. The bee, of course, flies anyway. Because bees don't care what humans think is impossible." - Jerry Seinfeld

“This is honestly the craziest presidential election in history” -Innocent Bystander

“Hamilton was originally intended to be about Jeb! However, we thought at the time that it would be more marketable if the script were reworked to be about Alexander Hamilton. You’ve shown us that we were wrong: a musical about the life of Jeb Bush is exactly what the world needs right now.” - The cast of Hamilton
Powered by